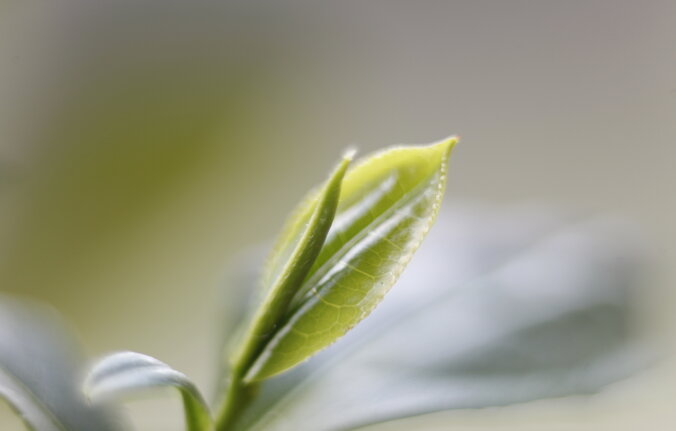 The tea plant Camellia sinensis is believed to have originated in Asia, presumably China, and as it seems, drinking tea has been around for more than 5000 years! The tea plant has definitely made good use of all that time and got the whole world under its spell. Tea is the second most widely consumed beverage worldwide, followed only by water and in some years exchanging places with another caffeine drink - coffee. In 2018, global tea production amounted to about 5.8 million metric tons!

The earliest records of the use of Camellia sinensis leaves for infusions go as far back as about 3000 BC! If we need to be precise - 2737 BC, when emperor Shen Nun in China, a legendary herbalist, accidentally discovered the medicinal properties of tea. Obviously, Chinese emperors had a taste for tea, since recently the world's oldest preserved tea leaves were discovered during the excavation of an ancient tomb belonging to the emperor Liu Qi in a region which used to be a starting point of the ancient Silk Road. They are an incredible 2,100 years old!

-CHA by land and -TE by water

Nowadays, tea is loved by so many people around the world that it became almost a universal language. You can practically order a cup of tea anywhere in the world by using close variations of only two words -cha or -te. The term cha originated in mainland China and spread the world by land along the Silk Road while the Dutch trading with the coastal Chinese provinces spread the other word by sea -te. In Bulgaria we use Cyrillic and spell it as чай /tʃaɪ/, transcribed as chai. Guess why we named our brand Chai malko ; )

When we say чай at Chai malko, we mean what most of the world refers to - the tea originating from the leaves of the evergreen plant Camellia sinensis. However, Bulgaria is a land of herbs and almost everybody here is assuming a herbal tea. In most other languages, there are different words for non-Camellia sinensis teas - tisanes, for example. Here we use the same word for any kind of tea so in order to avoid confusion with herbal, fruit or other infusions, we often refer to Camellia sinensis teas as caffeine teas. Not entirely great, but it works for us ; )

The Camellia sinensis evergreen plant belongs to the family of flowering plants Camellia theaceae that has more than 200 species. However, there is just one of them - Camellia sinensis, that is used for the production of all types of tea.

This species includes two main varieties: sinensis (means ‘from China’) and assamica (named after the region Assam in India). There’s a clear preference in terrain, climate and rainfall for each of them.

Note: All our Chai malko Nepal teas are grown in the foothills of the Himalayas and come from Camellia sinensis var. sinensis plants.

In the wild, or uncultivated state, tea plants can grow for hundreds of years where a bush can grow into a tree. However, in their cultivated state, the plants are usually trimmed to a more manageable size and usually are kept about waist height. The tea plant Camellia sinensis should not be confused with the tea tree Melaleuca alternifolia - a species endemic to Australia which is used for the production of the tea tree essential oil. Due to high demand, tea tree oil is now extracted from several other species of the same family in commercial plantations around the world.

How many kinds of tea are there?

There are more than 2000 different kinds of Camellia sinensis teas around the world and all of them fall within one of six main categories of tea:

They all come from the Camellia sinensis tea plant, all naturally contain caffeine and interestingly, there is one particular step in the manufacturing of the leaves from the tea plant that is largely responsible for the difference between the major tea types. This step is the process of oxidation and depending on the level of oxidation, the 6 different tea types are produced.

Behind every different kind of tea there is a fine balance between the factors of Nature and the mastery of the tea producers. The composition of the soil, terrain, weather conditions, climate, specific tea plant variety... all of them determine the quality of the tea leaves which may later be turned into any type of tea in the skillful hands of the tea masters.

Chai malko, what's so special about the tea plant?

There are three special constituents of tea leaves that make the Camellia sinensis tea plant extraordinary:

Caffeine is the more popular constituent also found in another very popular and well-known drink - coffee. Caffeine is a stimulant of our central nervous system and has many physiological effects both acute and chronic, most well-known to increase energy, increase alertness, improve mood and enhance cognitive performance.

Finally, the L-theanine is an amino acid analogue of one of the 20 essential amino acids in our body, i.e L-glutamine. Theanine is unique in that it is almost exclusively found in the tea plant, and some types of mushrooms. Theanine is known to cross the blood-brain-barrier and act on the central nervous system to reduce mental and physical stress/anxiety, decrease blood pressure as well as improve mood and cognition. Theanine has a partly counteracting, as well as a synergistic effect when combined with caffeine.

The combination of these three components in a warm drink under the right setting and in a reasonable amount is a unique way to enhance your health by adding a combination of goods to help your body improve itself.

This is the magic of the tea drink that enchants the world: such an amazing variety of unique tea tasting experiences which affect both - our body and mind, out of a single plant!

22 May 2020 Hold on, what does caffeine tea has to do with the immune system? In short: the antioxidants in the tea plant Camellia sinensis in combination with a few other goodies.

What is Gong Fu Cha?

14 January 2020 "Gong Fu Cha" is a method, for preparing a cup of tea, that originated from China, the home country of the tea plant, and has, over the years, become a classic method of brewing tea leaves in the east. Gong Fu Cha can become an art, a ceremony or a ritual, but it is essentially an opportunity to enjoy the full potential of the tea and get to know its character by exploring: the shape of the leaves, the colour of the brew, the nuances of taste and aroma.

14 January 2020 The Chai malko “recipe” is based on the Eastern, ie Gong Fu Cha method and guarantees a fully authentic tea experience that combines traditional knowledge of the tea plant, modern research, ways to make tea in a modern urban environment and our commitment to a healthy way of life.

14 January 2020 In order to enjoy the full potential of tea in an actual, effortless, convenient and affordable manner, we need to give freedom to the leaves. Use quality, loose tea and give yourself and the tea leaves the needed space and time to unfold freely.